Graduated in 1996 at the Scuola Italiana Design in Padova, Monica Maffeo began in the same year to work as a designer for the Gabriele Centazzo Design studio. In 1998 she started to work with Kristalia, at the beginning as a designer inside the company while in 2005 it turned into an external collaboration. 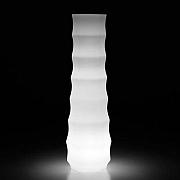